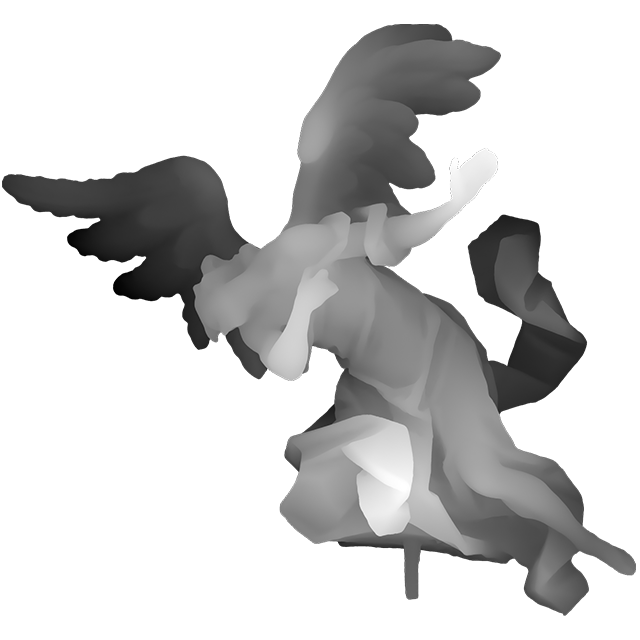 Bozzetto was part of the wooden model of the high altar of the Missionary Fathers’ Church of the Immaculate Conception of the Virgin Mary in Horodenka. Johann Pinsel created it in 1752.

The head of the Angel sculpture is deeply bowed to the right. The right arm is bent and touches the chest, while the left arm is drawn to the side. The figure of the angel is twisted and obediently bowed. Two powerful hovering wings sail stretched in the air.

The sculptor has carved the clothing of the Angel with steeply deep stripes and slender folds. The head, arms, left leg and wings are elaborated in detail despite the small size. The fluttering cantilevered coverlet is glued to the crosspiece.

In the bozzetto, Johann Pinsel accurately foresaw the figurative meaning and artistic composition of the large sculpture. In all likelihood, he created graphic sketches before starting his work, which he later implemented in wood or stone. A hole is preserved in the base, at the knee of the right leg, which was used to mount the figure in the overall architectural composition of the model of the high altar. Unfortunately, the location of the model is unknown.