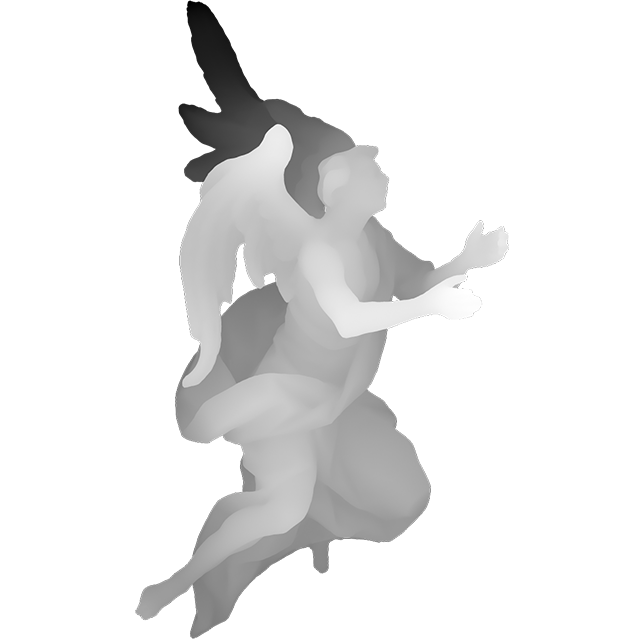 Bozzetto was part of the wooden model of the high altar of the Missionary Fathers’ Church of the Immaculate Conception of the Virgin Mary in Horodenka. Bozzetto, created in 1752, is distinguished from the rest of Johann Pinsel’s work by its modesty and restrained carving. The author of the work could therefore be one of the master’s apprentices, presumably Antoni Sztyl.

The head of the Angel is sculpted statically, with both hands folded in prayer. The figure itself is calm and steady, while the author has depicted the two large wings in a somewhat generalised and hesitant manner.

The sculptor has carved the angel’s clothes without any hollows and with no energy. His head, arms, right leg, chest and thighs are cut out meticulously but in a hesitant manner.